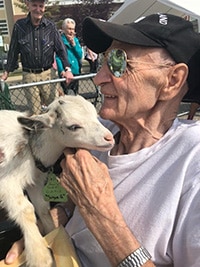 It is with great sadness that we announce the passing of Francis “Mac” Evans McLaughlin on November 28, 2019.

He is lovingly remembered by his children John, Ann Marie (Bruce) and Vicki, grandchildren Lindsay, Katherine, Kristie (Scott), Joel, Drew and Claudia, great-grandchildren Tyler and Sophia, brothers David and Gary, sisters Betty and Alice and many extended family and friends.

Along with his parents, Thomas and Mary, Francis Evans was predeceased by his brothers Thomas and Walter, sisters Theresa, Josephine, Catherine and Elizabeth, and by his wife Carol (Orlesky) McLaughlin.

Francis was born and raised in Saint John, NB.  He was good at playing fastball and hockey and joined the Royal Canadian Air Force soon after high school.  He retired from the RCAF after 23 years of service and then began a new career in the oil patch at Red Jet Construction out of Drayton Valley, AB, then later at City Service (Can Oxy) where he retired in 1998 after Carol’s passing.

An avid outdoorsman, Francis loved camping, hunting and fishing and in 2000, he returned to the east coast to Nova Scotia and began a new relationship with long-time family friend Shirley.  They later moved to Ontario until he returned to Alberta two years ago.