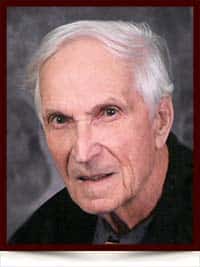 On July 25, 2016 George Victor Watson passed away at the age of 101. Vic was born May 24,1915 in Killarney, Manitoba where he grew up. He was predeceased by his wife of 66 years Betty, his parents Robert and Agnes Watson and his four brothers and four sisters. He leaves to mourn his son Case (Lois) as well as four grandchildren and six great grandchildren.

Vic will be laid to rest alongside Betty in Clearwater Cemetery, Beaumont, Alberta.