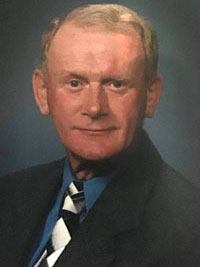 Walter passed away peacefully at the Royal Alexandra Hospital in Edmonton, Alberta at the age of 72. Walter was born in Biggar Ridge N.B. He was predeceased by his parents George & Florence Biggar ( Secord ) sister Mary ( Biggar ) Swanson & brother Guy Biggar.

Walter worked for PCL Construction for 35 years before retiring in 2013.

As per his wishes Walter has been cremated. There will be no service for him. He will be remembered at the Memorial Golf tournament in 2021 at the Lancaster Golf Club.