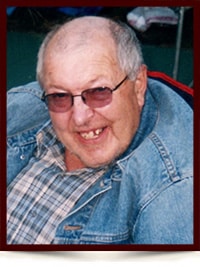 In loving memory of Gordon Arthur Roberts who passed away on Monday, November 20, 2017 at the age of 70 years.

Gord was born in Calgary, AB on September 2, 1947 and was the oldest of 4 boys. He enlisted in the Army when he was 18 years old and proudly served our Canadian Armed forces for over 23 years. He met and married Faye in Calgary in 1976 and became the devoted father to 4 children. There were many tough times through the years but Gord always stood up and took on the challenges. After leaving the military Gord became a transit operator and drove for City of Edmonton Transit for 23 years. He was very fortunate to have found the AA program in his 20's and it became an important tool in his everyday life. He was always there to help others, but as much as he did that, he helped himself even more. He was very proud to have been an AA member for over 42 years and had the opportunity to touch many lives.

Gord had many health challenges over the last few years, but he faced each one with a positive attitude. Unfortunately he was not able to battle through a very aggressive cancer and thankfully he didn't have to suffer long. Heartfelt thanks to the medical staff he had at the end as they took very good care of him. And many thanks to the family and friends that made sure he had lots of company during his stay in the hospital.

In lieu of flowers donations can be made by members to the Edmonton Central Office Society or any charity of your choice.