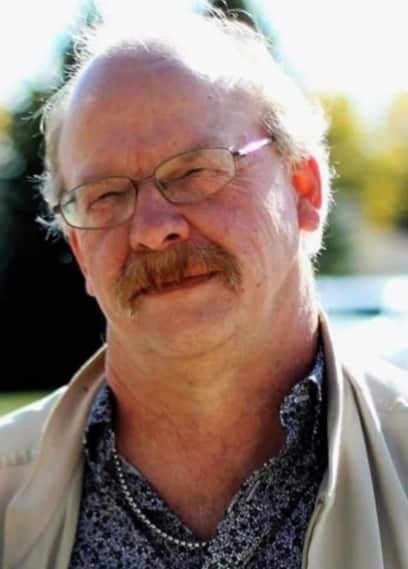 Gregg Swanson of Edmonton, AB, age 62, passed away in his home on April 09, 2020 . He was predeceased by both of his parents, George and Hildie Swanson, and is survived by his daughter Rebecca and extended family.

Gregg was born on December 30, 1957 in Edmonton Alberta. He spent much of his life in Calgary, save for the times he was traveling. Gregg got a Bachelor’s in Glass at ACAD in 1982 just before Becky was born. Gregg loved to learn new things, as seen by his many certificates in varying subjects. For the beginning of his daughter's life he stayed in Calgary, working with the Calgary board of Education. He spent some time in Rimbey AB while his daughter attended grade school,before going back to Calgary to take care of his mother. His final place of residence was in Edmonton, where he lived a life of early retirement while doing some temp jobs here and there to pass the time. He loved to help out where he could, always doing his best to make those around him smile.

Due to his early passing, him and his daughter could not travel as planned; some of his remains will be carried in hand blown glass pendant, so he can still see and travel the world with her.

Due to Covid there will be no service held.