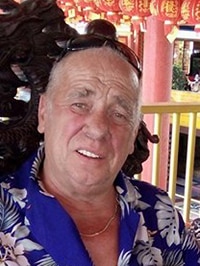 It is with great sadness that we announce the passing of Henry Paczkowski at 67 years of age. Henry was born January 21, 1951 in Zlotoglowice, Poland and passed away suddenly of a heart attack on March 28, 2018 in Edmonton, Canada.

Henry immigrated to Canada as a political refugee in 1979 in pursuit of his western dreams. In time, he sponsored his brother and sister so they could do the same. He strongly influenced his family and loved ones and achieved much in his life.

Henrys pride and joy were his sons Mark & Raphael.

Henry led by example and took pride in everything that he did. He always worked hard and stood strong. He taught us right from wrong and to think independently.

He enjoyed travelling, discussing world issues, and barbecues on his patio.

Henry was a loving father, brother, uncle, and friend to many.

Henry will be lovingly remembered by his sons Mark, Raphael, and his entire family and friends.

Always in our hearts, love you Dad!