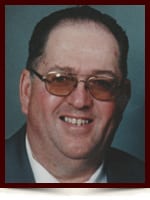 Herbert Ulrich of Villeneuve, AB was born in Vienna Austria and was raised in Uranium City, Saskatchewan. He spent many years in Northern Alberta before settling down in Slave Lake.  Herbert was an avid outdoors man who loved taking hikes, swimming, camping, and watching wildlife and scenery.  His hobbies included photography, film, collecting stamps and coins, gardening and baking. Herb was known for his amazing pumpkin pies and cinnamon buns.  He was always quick with a joke and enjoyed making people laugh.  He was always there to help family, friends and neighbors and spent countless hours volunteering for various organizations in Slave Lake.

Herbert touched the lives of many with his trademark sense of humour and smile, he will always be remembered for his generosity, quick wit and zest for life.