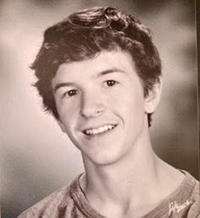 Jack Raymond “Monkey” Madro passed unexpectedly on May 31st 2021 in St. Albert at the age of 21 years.

Jack was born on April 26, 2000 in Edmonton to Jill and Ray. Jack attended Morinville Community High School and worked in Morinville and St. Albert. Jack is loved and missed by not only his family, but many friends, teammates co-workers and his community. Jack’s caring and loving nature wove itself into the fabric of his family, and he inspired those around him. He was an amazing son, brother, nephew, uncle and friend to those he shared his life with.

The service is available via livestream - here.