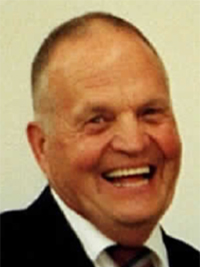 Due to Covid 19, a private interment and graveside service will be held at the Highview (Abasand) Cemetery in Fort McMurray, Alberta at a date yet to be determined.

Jesse's family would like to thank the staff at the Northern Lights Regional Health Centre for their professional and considerate care of Jesse. A special thank-you to the nurses who sang “Amazing Grace” with him and to his friends and neighbours who had helped over the years. Thanks to the Trinity Funeral Home for their kind assistance.