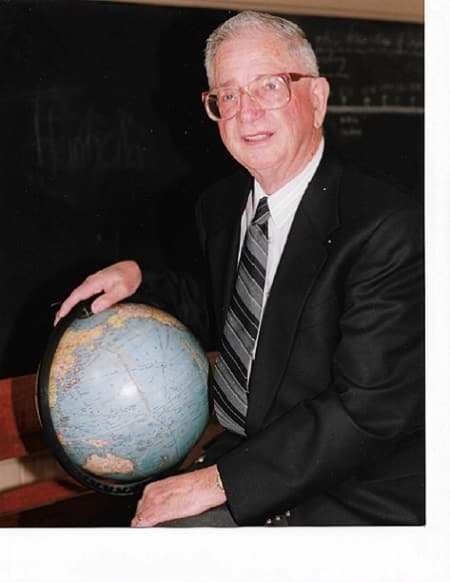 Surrounded by family, our beloved father, grandfather, and great-grandfather, John Donald Marles, died peacefully on January 9th at the age of 98.

He served in the Canadian Army and Army Reserve for 15 years, retiring as captain in 1957.

He attended the University of Alberta and taught in Gem, Fort Macleod, and Bruderheim, where he met and married Ruby in 1946. John taught for 35 years, ending his career as a principal with Edmonton Public Schools.

He was an avid ham radio operator (VE6BIW) and volunteered for 30 years at the Space Sciences Centre.

He loved travel and history, and he and Ruby explored many countries together.

In lieu of flowers, please make a donation to your favourite charity.