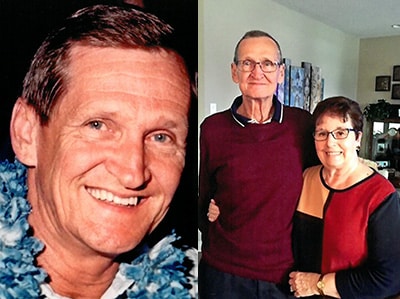 It is with great sadness the family of John (Jack) McFadyen announce his peaceful passing on April 20, 2017 at the age of 79 years in Edmonton, Alberta.

He will be forever missed and lovingly remembered by his wife Linda of 51 years, sons Jim and David, grandsons Ryan and Evan, sister Kay Oliver and sister-in-law Margaret Kennedy, brother-in-law Ron Kennedy and numerous close family members and friends. Jack was predeceased by his father Edward, mother Mabel and brother Jim and Bob. Jack was a kind and gentle man who was an avid golfer.

At Jack’s request, cremation has taken place and there will be no funeral services. In lieu of flowers, donations can be made to Cross Cancer Institute, 11560 University Avenue, Edmonton, Alberta, Canada T6G 1Z2.

The family wishes to express their sincere gratitude to the doctors, nurses and entire staff of Palliative Care Unit 43 at the Grey Nuns Hospital and St. Josephs Palliative Care Hospice, for their kindness, compassion, support and care shown to Jack during his time there.