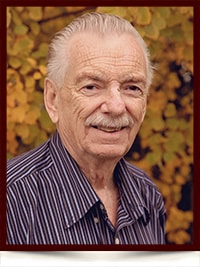 It is with great sadness that the family of John Wm. Holowaychuk mourn his passing on March 5, 2017 at the age of 75 years and 11 months; after a lengthy battle with cancer.

John was predeceased by his parents; Bill and Nadia Holowaychuk; Brother(s) Louie and Dennis and Brother In-Law Leon Romaniuk.

The family would like to express a heartfelt thank you to Dr. Walker and Staff at the Cross Cancer Institute, as well as, Dr. Chandrasenan and the wonderful staff at the General Hospital Continuing Care Centre Mel Miller Hospice – 9Y.

In lieu of flowers, those that wish can make a donation to Ducks Unlimited Canada, 17504-111 Avenue Edmonton, AB T5S 0A2 or the charity of choice in John’s memory.