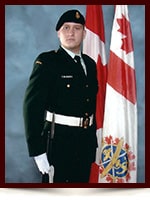 Jonathan Von Reitmyer It is with heavy hearts that we announce the sudden passing of Jonathan Von Reitmyer, on October 21, 2015, at the age of 33 years. He will be lovingly remember by his parents John and Marie Von Reitmyer, sister Jennifer, niece Lyanna, nephew Marlo, all grandparents , numerous Aunts, Uncles, cousins, many friends and family in Germany , Austria , Canada and USA.