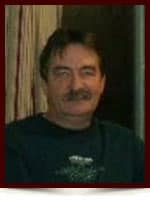 Mr. Joseph Bernard Stone of Edmonton, AB, passed away on Thursday, April 9, 2015, at the age of 60.  He was a beloved father, brother and friend. He was taken from our lives too soon to say our goodbyes. He will be greatly missed, and be forever etched in our hearts and cherished memories. His kindness and goodwill will remain always through our actions in life as he continues to walk by our sides unseen, unheard, and always close.

In holding to his last wishes, cremation will be completed without a service. A private gathering with immediate family to say final goodbyes will be arranged for a later announced date and time. The family is grateful for the condolences, but declines flowers and donations.

“When someone you love becomes a memory, the memory becomes a treasure. May his memory be a lasting treasure in our hearts always.”