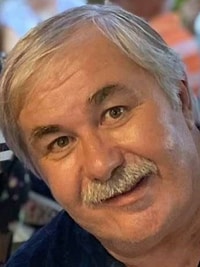 It is with great sadness and heavy hearts that the family of Kenneth David Jones announce his passing on February 15, 2021 at the Cross Cancer Institute in Edmonton, due to pancreatic cancer.

Mourning his loss is his wife and soulmate of 45 years of marriage, Barbara, who he met in 1970, as well as his daughter, Tanya (Garry Jr) and grandsons Logan and Nathan, his brother, James Clayton (Janet Roy), The Ladouceur family, Kristene (Nels), nephews Andre (Laura), Adam (Jennifer), Penelope.

Ken worked for Dixon Van Lines and Western Moving and Storage. Allied Pickford’s merged with MacCosham’s in 1995 and became APM DelStar. We transferred to Alberta in 1992 from London, Ontario.

Ken was Past President of the St. Albert Chamber of Commerce, Proud Sponsor of the Stollery Children’s Hospital as well as Owner Operator of Westmount Dairy Queen for over 25 years. He was involved in RockNAugust events and was proud to belong to the Fraternal order of Eagles 2102. He loved his curling team, the time he spent at the race track as a flag man, golfing, fishing and travelling. He also enjoyed the many Elvis festivals that his wife made him take her too.

A special thank you to the many Doctors and hospital staff that saw us thru this difficult time.

Due to COVID, the family will make arrangements at a later date, when we can share hugs, tears, and stories.