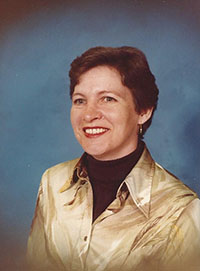 It is with great sadness that the family of Leona Pearl Carradice announce her passing away on March 8, 2021 at the age of 79 in Edmonton, Alberta.

Leona was born in Vancouver, BC. and grew up in Richmond. She was predeceased by her parents and three siblings, Gordon, Yvonne, and Douglas. She married Gary Carradice and moved to Alberta where they had four children and six grandchildren.

Leona will be cremated at Trinity Funeral Home. The family will hold a private memorial later in the summer.

In lieu of flowers, please send donations to the Cross Cancer Institute through the Alberta Cancer Foundation at albertacancer.ca.