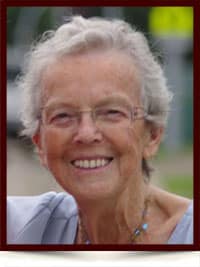 It is with great sadness that we announce the passing of our mother Mable I Gravel on Sunday, March 12, 2017 in Stony Plain, Alberta. Left to cherish her memory is her daughter Keziah Goebel of Stony Plain, son Fred (Barb) Gravel of Lethbridge, son Keith Gravel (Doug Webster) of Edmonton, son Ken (Joan) Gravel of Barrhead, daughter Pat McPherson (Perry Wolk) of Calgary and her brother Dave (Chris) McNeilly of Kelowna along with numerous grandchildren, great grandchildren, nieces and nephews.

Mable was predeceased by her husband Edward Gravel and parents Lily and Allan McNeilly, brother Edwin, and sisters Lillie McNeilly and Joan Grant.

Mable was born and raised in Jasper, Alberta and spent most of her life in the Edmonton area teaching, and raising her family in smaller communities between there and Barrhead.

As per her wishes, there will be no funeral but will instead be a gathering of remembrance later in the spring/summer.

Donations can be made to the Canadian Cancer Society or the Rich Valley Historical Society c/o Box 4, Site 14  RR#1 Gunn, Alberta T0E 1A0