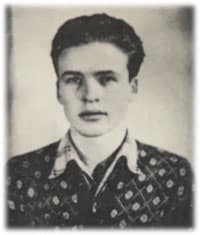 Malcolm was born to James and Mildred McAllister and was raised on a farm near Warburg, Alberta. Early on he thrived on all things mechanical taking a lead role helping his father. In 1954 he began his aviation career by getting his private pilot’s license at Edmonton Flying Club and then apprenticing as an aircraft maintenance engineer (AME) for Pacific Western Airways (PWA) at the Edmonton Municipal Airport. Malcolm’s love of flying led him to move north to Yellowknife, NWT in 1956 to work as an AME at PWA. In 1958 he got his first commercial pilot’s job flying for Koenen’s Air Service; he became a highly skilled bush pilot who knew the western and central high Arctic well, flying there until retirement in the 1990s in Edmonton. His retirement travels included East Asia and Israel.

Malcolm was predeceased by his parents, his daughter Darlene, sister Roselyn, brother, Ross and many cousins. He leaves to mourn his sons Ken (Hiroko) Tokyo, James, Vancouver, Dwayne (Sherry) Edmonton and daughter Maria (Paul) Vancouver, their mother Doris and grandchildren Sean, Kent, Antoine and Jasmine. The family wishes to thank Leila Naran, social worker at U of A Hospital, and the AHS Home Care Team, for their professionalism and caring support.

The funeral will be held 10 am on November 12 at Trinity Funeral Home, Edmonton. Internment to follow at Union Cemetery, Warburg. In lieu of flowers, donations may be made to Operation Friendship Senior’s Society https://www.ofss.org/

A believer in the Lord, Malcolm is now resting with Jesus