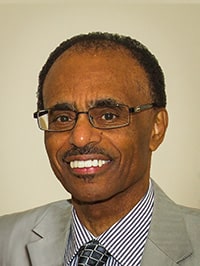 It is with heavy hearts our family announces the passing of Malcolm Stanton McKenzie, father, grandfather, brother, uncle, and friend to so many, on March 24, 2018 at the age of 73 years.

Malcolm was predeceased by his parents, Laureston and Beryl McKenzie of St. Michael, Barbados; and grandmother Eleanor Hall and uncle Clifford Hall, of St. James, Barbados.

Originally from St. James, Barbados, Malcolm began his nursing career in England before moving to Canada in 1973. He earned his Bachelor of Science in Nursing from the University of Alberta in 1983, and his Masters of Science in Administration (Health Services Administration) from Central Michigan University in 1993. Malcolm made immeasurable contributions to psychiatric and rehabilitative health care through his work at Alberta Hospital Ponoka, and Riverview Health Centre in Winnipeg.

Our family would like to thank the staff members who work at and with Lewis Estates Retirement Residence for their care and support.

In lieu of flowers, Memorial Donations may be made to: