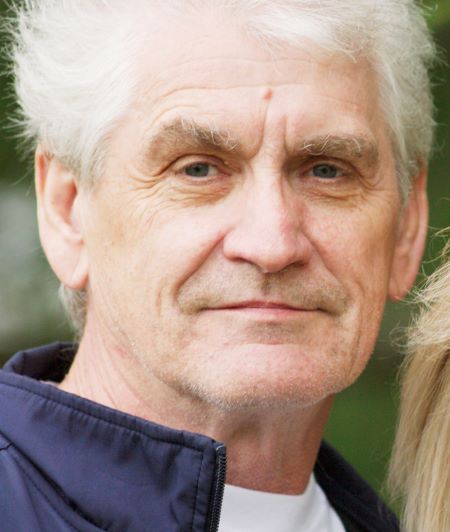 On April 7th, 2020, Morley Osadchuk, of Edmonton, passed away at the age of 72 after the recent deterioration of his health.

He is lovingly remembered by his wife of 44 years, Heinke, his children: Dana, Tara (Andrew), Hayley and, his granddaughters Keira and Zoe. Morley is also survived by his sisters Diane, Shirley, Adeline, brother Gene (Maureen) and many cousins, nephews, nieces and dear sisters in law. Morley was predeceased by his parents George and Helen, brothers, David and Melvin, and sister Sonia.

Morley was born in Lamont, Alberta on his family’s farm but moved to Edmonton in his youth. He worked for 41 years at Ronald’s/Quebecor Printing, retiring in 2008. He was a ‘Jack of All Trades’ a wood worker, mechanic, plumber, electrician, cook, vintner, farmer, gardener and painter; he liked to fix things, he liked to fix them well. He loved astrology, camping, mushroom picking, anything that meant going on an adventure, including his outings to Superstore! Morley was one of a kind, loving, dedicated, sometimes fiery and impatient. Aunty Lena would say, a good boy.

Over the last few years his health had ups and downs and, in the end, he was tired and went out how he wanted, when he wanted. He was made of tough stuff and we all loved and respected him, it has broken our hearts to say goodbye.

A private family gathering will be held at a later date so, for now, we say, dasvidaniya comrades.