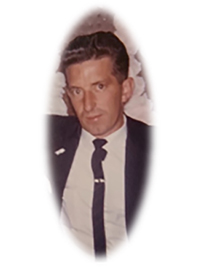 On May 2, 2021 at 11:11 pm Norman Willoughby of Edmonton passed away peacefully at the age of 83 years at Eden House long term care facility.

Norman was born in Lloydminster, Saskatchewan to Jessie and Gordon Willoughby on July 6, 1937.

The Family requests that donations be made to Eden House Shepherd’s care Foundation at 2759-109 Street NW Edmonton, Alberta