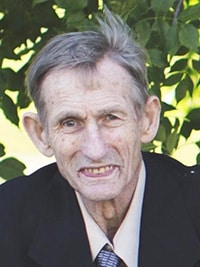 We are heartbroken to announce the sudden passing of Peter Ferrari at the age of 85 on August 25th in the Leduc Extendicare facility.

Peter will be remembered for his everlasting love of his family, the many beautiful homes he built over his 60+ years of carpentry, his special bond with pets, and the way he could always make anyone laugh with his wit and humour.

Peter lost Gudrun, his wife of 66 years, in May earlier this year. His heart was broken without his soulmate, but now they are reunited.

Peter was predeceased by his parents Norbert and Maria; his daughter Ingrid; grandson Shae and granddaughter Carmelita.