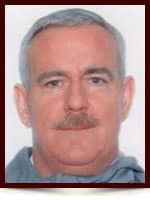 Pius Eugene Kavanagh, beloved father and husband, passed away peacefully at his home in Edmonton on Saturday, March 5, 2016. Pius, a dedicated and hardworking father and husband, created so many wonderful, funny, and memorable moments for all of his friends and family members. He will be greatly missed.

Pius is survived by his four children: Michelle, David, Brian, and Martin, and his wife Lien; and his siblings Earon, Colette, Dianne Marie and Maureen, and many loving relatives in Newfoundland.

A Rhyme for Pius

But he didn’t care
For neer-do-wells
He was the real McCoy
But a Newfie joke
A story bold
Left a twinkle in his eye….