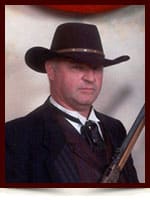 He was predeceased by his father Vaughan, brothers Brian, Billy and his father-in-law Donald Russell.