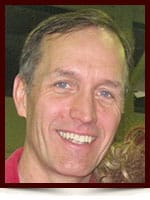 Rob passed away after a battle with ALS. He is survived by his wife Jodi Orchard, his children, Christy (Beau), Bryce (Roxy), and their mother Debbie Harper; sister Tracy Martin, brother Scott; parents Pat & Jim Harper; and dog Cooper. Rob enjoyed the support of many good friends with the Hash House Harriers; and had fond memories of colourful characters he worked with while at Edmonton Transit.