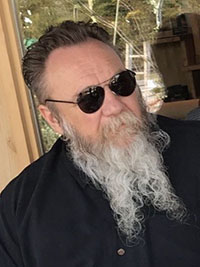 On Wednesday, June 24th at 11:40am Our Robert passed away suddenly of a Heart Attack in Pigeon Lake at the age of 65.

Robert was predeceased by his parents, Joseph & Isbell and his Brother Glenn, Brother Harvey Bubley and sister Sharon Lukow.

A Celebration of Life will be held on July 12th, 2020 in Memory of Robert.

Dad will be Deeply Missed and Remembered Every Day. Forever in our Hearts.