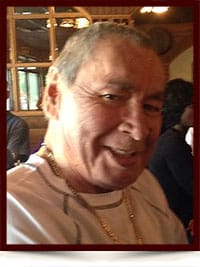 Mr. Roderick Joseph Burd was born on Saturday, May 18, 1940 at Elk Point, Alberta. At this time, WWII’s Fall of France was well underway; 8000 people watched the Phillies beat the Reds, 8 to 3; and, Billboard’s #1 song was Tommy Dorsey and Frank Sinatra’s I’ll Never Smile Again. This early music was to shape Rod’s passion in the industry and he honed his craft as a drummer in his teens.

Every musician needs a day job and Rod worked as a hot shot truck driver, garbage man for the City of Edmonton, school bus driver, vehicle enthusiast (he traded his car in every month), and property manager to name a few.

He loved to travel and he went from Onion Lake to Ontario and then to Winnipeg, Manitoba. He had a Dance Club in Winnipeg where he sold pop and he deejayed using a small record player, playing his own 45’s and 33’s. Rod and his sister Phrona, were the jive masters of Winnipeg at that time. He moved from Winnipeg to Grand Rapids to The Pas, and Churchill, Manitoba where he met his future wife at age 19. Rod and Liz were married when he was 21 years old. In 1966, they now had two girls and he moved the family from Churchill, Manitoba to Edmonton, Alberta. There was Rod, Liz, Vi, Jori, Violet and Kim all in one car including luggage and the trip took two cars, one broke down, and two days to complete.

Family life in Edmonton was good. The house was always full of extended family as well as feathery, finned and furry friends. In his spare time he coached Girls Softball, went camping and played in various country and rock bands. Two highlights of his drumming career were 1) being a part of the Saturday Afternoon Jam Movement in Alberta and 2) playing for the Edmonton Symphony Orchestra.

Roderick Joseph Burd was a spark of life that will be missed and remembered for his kindness, charm and sense of humour.