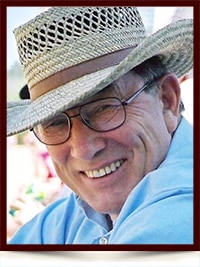 Dad passed away October 24th with his kids by his side. He is free of pain and at peace. He had said he wanted to pass before mom because he couldn’t live without her, and because he pretty much always got his way, his wish came true.

A perfectly imperfect character, his greatest joy was making people around him laugh. He loved a beer and a hockey game, and loved to tease his friends if their team was losing to the Oilers. Dad always made friends easily, some for a good time, some for a longtime and some for a lifetime. He was always the first one to pull over and help someone who had broken down on the side of the road. And he never passed on the opportunity to help a friend in need.

As a farm boy from Yorkton, Saskatchewan and a mechanic with the RCAF, he could be “colourful” in his language and interactions. He was big on handing down wisdom to us kids including how to hold a flashlight for him when he was fixing an engine or telling us where sympathy lies in the dictionary (for the uninitiated, that would be “between sh!t and syphilis”). He could be cranky and curmudgeonly in his later years, but never stopped finding an opportunity to share a joke or funny observation.

Dad was dearly loved and he loved us all dearly too. We know he was proud of the three of us and his six grandchildren. He also had two favourite nephews, Trevor and Terry. We suspect it was their own mischievous and easy going natures that drew him to them. We know his sister Moria will miss his needling and teasing.

Sadly, Dad never quite recovered from mom’s diagnosis of Alzheimer’s and he ultimately moved next door to her so he could visit any time of day. They say it was his kidneys that failed him but it was his spirit that took the biggest beating. A lifetime together, forgotten by only one of them, was too much to bear.

Dad wasn’t a religious man (although he did say Jesus’ name a fair bit) and he didn’t want a memorial service. So in his honour, please have a beer and say “Cheers Rog”! We’ll all hope he rests in peace, knowing he was loved by his friends, his family and his Armed Forces kin near and far, all of whom made his life worthwhile, challenging, fun and sometimes a little ridiculous.