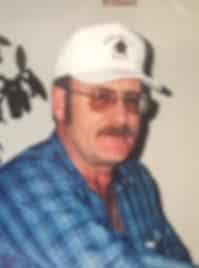 It is with great sadness that we announce the passing of Ron Laushway at the age of 71. He passed away at the Grey Nuns Palliative Care Unit on the evening of September 16, 2018 after a brief illness.

Ron grew up on the east coast before moving to Alberta where he met the love of his life Sandra. They were married in Nova Scotia in 1968 after driving across country. They celebrated their 50th wedding anniversary this summer. Ron spent the last 30 years working for Contour Construction as a heavy equipment operator and foreman.

Ron is and will be fondly remembered by all who knew him. He leaves behind to honor his memory his loving wife, Sandra, his beloved baby dog Missy, brothers-in-law Jimmy (Joan) McLean, Barry (Yvonne) McLean, sister-in-law Sharon McLean and nieces and nephews too numerous to name. He was predeceased by his mother Gladys Laushway, mother and father-in-law Lester and Ann McLean and brother-in-law Ron Brix.

At Rons request there will be no funeral or memorial service. Please make any donations to the Grey Nuns Palliative Care Unit. Condolences can be sent to inmemoryofronlaushway@gmail.com