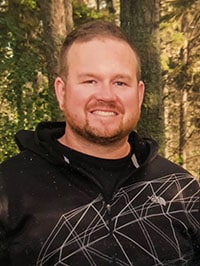 It is with great sadness that the family of the late Scott Kevin Stoodley of Fort McMurray, Alberta announce his unexpected passing on April 7, 2018 at the age of 39 years young. Left to mourn with fond and loving memories are his son Skyler, parents Sam and Pauline (Edwards) Stoodley, brother Shane (Pam Clark), and 3 special nephews, Riley, Brody, and Brandon.

Scott spent much of his time riding his motorcycle with the “Harley Owners Group”, and the “Bikers For Christ” and just about anyone else who would like to go for a ride. He also enjoyed Hunting, Fishing, Snowboarding, and many more outdoor activities.

Scott was predeceased by his grandparents: Tom and Mary Stoodley, Stanislaus and Rita Edwards, and Uncle Wayne Kelly (Marion).

As per Scott’s wishes cremation has already taken place and a memorial service will be held at the Casmen Centre, 110 Eymundson Rd, Fort McMurray, AB on May 26th, 2018 at 1PM. Dress will be Harley Casual

In lieu of flowers donations can be made in Scott’s memory to the Heart and Stroke Foundation or the Canadian Diabetes Association.