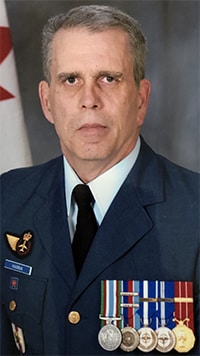 Scott devoted most of his life to the Royal Canadian Airforce. He spent 39 years in service to his country as an AVN technician, recruiter and too many other roles to mention. He was deployed to Haiti, Kosovo, Africa and other countries in need throughout his service. His belief was that although he couldn’t change the past, he would try to change the future.

Much love and respect to the 408 Squadron Edmonton and 410 Squadron Cold Lake who held him dear as their brother in arms, friend and associate. A memorial service will be held for Scott at the 408 Squadron the second week of December, exact date to be announced. In lieu of flowers, donations can be made in Scott’s name to Valour Place, North Edmonton