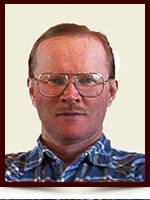 Tom Ross passed away at age 62 from complications following a lung transplant. He was the fourth generation of Rosses to farm in the Duhamel area along the Battle River valley south of Camrose. Tom got a B.Sc. in Agriculture at the U of A. He built up the dairy herd and was proud of the Brigend Farm holsteins. Tom will be remembered for being quiet, generous and a really nice guy. He was well read and had a huge curiosity. He was always learning something new.

He will be greatly missed by his sisters: Beverley Ross, Louise (Jim) Welsh, Shirley Ross (Richard Davy), Dorothy (Allan) Weimer and Linda Ross; and nieces Louella Petherbridge, Dawnaca Martin and Alisa Kolenosky and their families. He was predeceased by his parents Marian and Herb Ross. Tom supported a variety of charities, and donations in his memory may go to a charity of choice.