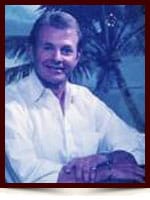 Mr. Sonny Pawchuk passed away after a courageous battle with COPD on Tuesday August 11, 2015 at the age of 68, in Edmonton Alberta. Sonny was predeceased by his parents Nancy and Stanley Pawchuk, his sisters Donna Pawchuk and Myra Warren. He is survived by his children Chrissy, Sonny JR, Sammi, Sunshine and Stanton, his two sisters Dee Woodhead and Nikki Cowell and 7 grandchildren

Sonny was a loving father, son, brother and grandfather. Sonny lived life on his own terms whether he was on the tennis court, playing or teaching, or in life. He was also known for his sharp sense of humor. Sonny will be lovingly remembered by his family and friends. A celebration of his life will be held in Edmonton on Thursday, August 27, 2015 at Trinity Funeral Home from 2-5 pm

Sonny will be laid to rest alongside his parents in Calgary and a celebration of life will take place in Calgary on Friday, August 28, 2015 at the Colwell Residence at 66 Chapalina Way SE at 3 pm.