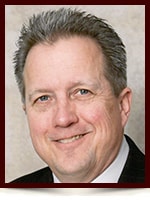 Surrounded by his loving family, Bill Corcoran of Edmonton passed away peacefully at the age of 64 years.

He is survived by his loving wife of 39 years, Lina; two sons: Michael and Shawn; his daughter-in-law Sonia; three grandchildren: Alex, Victor and Gloria; two brothers: Tom (Sharon) and Jim (Gail) as well as numerous relatives and many dear friends. He was predeceased by his son Daniel in 2010 and his parents Walter and Marion.