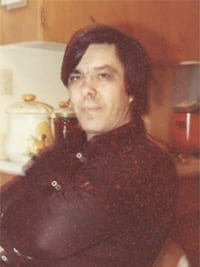 Clifford passed peacefully while surrounded by his family at the Sturgeon Community Hospital in St. Albert, at the age of 67.  He is survived by two loving daughters: Pauline Sikora (Trevor Addy) and children and Peggy Kindt (Shayne Logan) and children, as well as two loving step-daughters: Jeannie Boily and Margo Boily and their families.  He is mourned by their mothers, Betty Jean Kindt and Josie McDonald.  He was very proud of his grandchildren and two great-grandchildren and his many nieces, nephews, and extended family and friends who all will miss him greatly.  His memory will be cherished by his three brothers: Bob, Scott and Paul and his three sisters: Debbie, Sharon and Julie and their families. Clifford is predeceased by his mother Thelma J Chalifoux and father Robert A Coulter and his younger sister Orleane C Deschamps.

Clifford worked as a heavy equipment operator for most of his life and was known as a private man who wouldn’t burden anyone with any problem he was facing but was always quick to lend a helping hand. The world lost a wonderful man with the brightest smile and biggest heart.

The family will hold a Celebration of Life and inurnment at the St Albert Municipal Cemetery on Poundmaker Road at 2 PM on September 22, 2018 - the one-year anniversary of his mother’s passing.

A Memorial Facebook page has been set up where family, friends and colleagues are welcome to leave their comments, memories and pictures.  In lieu of flowers, Cliff would have liked donations to be made to the Michif Cultural Connections Company, or to the charity of your choice.