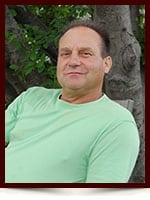 If friends and family wish, they may make a donation to the Kidney Foundation, Canadian Cancer Society or a charity of their choice.