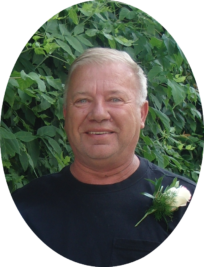 It is with the heaviest of hearts that we announce the sudden passing of Garry Wayne Krushelnicki at the age of 73.  Garry was born on March 7, 1948 in Winnipeg, MB and passed away July 29, 2021 in Edmonton, AB with his family by his side.

He will be deeply missed and never forgotten by his beloved wife of 51 years, Iris; daughters, Sheila and Kim; brother, Irvin (Karen); sister, Cathy (Dennis); 4 nephews; 3 nieces; 3 great-nephews; many cousins and dear friends.

He is predeceased by his parents, Philip and Emily; sister-in-law, Carol; brother-in-law, Gary; nephew, Aaron and great-nephew, Chase.

Garry was cremated as per his wishes at Trinity Funeral Home.  A Celebration of Life will be held at a later date.

In lieu of flowers, donations may be made in Garry’s honor to the Cardiac Care Unit (CCU) at the Royal Alexandra Hospital (Support.RoyalAlex.org).