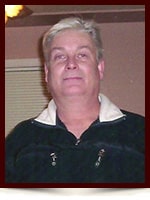 On October 31, 2012 Greg Juffermans of Edmonton passed away at the age of 56 years. Left to cherish his memory are: two children: David (Shannon) and Angela; three grandchildren: Alex, Kane and Kaitlin; he was Oppy to Cheyanne, Tyson and Skylar; mother of his children, Catherine; four brothers: Roy (Georgia), Fred, Richard (Shawna) and Sid (Kim); his sister Evelyn (Doug); step-father Albert as well as many relatives and dear friends. He was predeceased by his mother Eefke and his sister Yvonne.