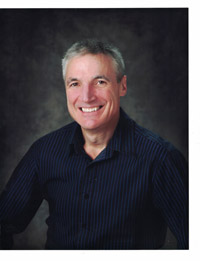 It is with great sadness that the family of Ino Mussio announce his passing after a courageous battle with cancer.  He passed away in Fort Saskatchewan surrounded by love and family on September 12, 2020.  Ino was born on March 27,1959 in Trail BC to parents Giovanni and Elvi Mussio.

Ino is survived by his wife of 30 years, Cindie, children Joseph, Lindy, Nicholas and Mykael, sister Agnes and brother David.  He is preceded in death by his parents and nephew Jon.

Ino spent half his life in British Columbia and half his life in Alberta and loved both.  He spent most of his working years in the grocery business, starting at age 14 in Trail before moving to Lethbridge Alberta where he met Cindie.  Together they moved to Fort Saskatchewan in 1993 where they operated the IGA/Sobeys store. Ino, and his wife Cindie left Sobeys in Fort Saskatchewan in 2009 to pursue other adventures.  Ino moved into the real estate business after leaving Sobeys.  He always loved his time working with the public and being able to connect with people, he said it was the best part. You could always find him talking and connecting with staff, customers or clients.  His special caring personality warmed people’s hearts and his commitment to support the community was appreciated by many.  It filled his heart to help others.

Ino will be missed dearly but we know he is at peace.  Cremation will take place and services will be private due to Covid.  In lieu of flowers we ask that you join us next spring for a fundraiser in Ino’s name dedicated to the Cross Cancer Institute.  The staff took such amazing care of an amazing man.