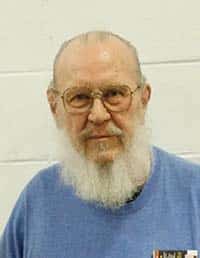 It is with great sadness that we announce the passing of John Rudnicky on July 4th, 2019 in Edmonton, Alberta.

John was born in Highland Park, Alberta in 1940 to the late Kostanty and Yanina (Majewski) Rudnicky. He grew up in Fairview and lived most of his life in Edmonton.

John worked in many industries including construction, mining, auto mechanics and as a taxi driver.

John will be greatly missed by his daughters Sheila, Lyanne (Steve) and Penny (Charles), two granddaughters Claire and Gillian, sisters Irene (Larry), Anne and brother Eddie as well as numerous nieces and nephews. He was predeceased by his sisters Jean, Helen, Bernice, Frances, Antoinette and brothers Adam, Allan, Steve, Joseph, Thomas and Mike.

Cremation has taken place and a private family service will follow.