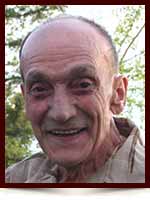 Surrounded by his loving family, Jose Meneses of Edmonton passed away on December 14, 2015 at the age of 74 years.