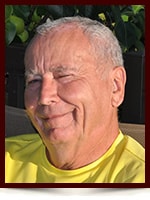 Surrounded by his loving family, Kazimierz Keller of Edmonton passed away peacefully on March 4, 2016 at the age of 75 years.

He is survived by his loving children: Peter (Maria), Elizabeth and Robert (Sherry); six grandchildren: Christopher, Megan, Dawson, Alex, Jared and Tyler as well as numerous nieces, nephews and many dear friends. He was predeceased by his wife Czeslawa in 2006.