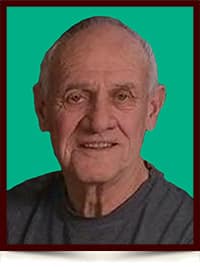 Larry Allan Robertson at the age of 79 went home to be with Jesus, his Lord and Saviour on Monday, December 5, 2016 surrounded by the love of his family and closest friends at the Devon General Hospital after a valiant two year struggle with lung cancer.

Special thanks to Doctors’ Elizabeth Pungur-Farrell and Scott Johnson; Pastors’ Lyle and Dave; the nurses of the Leduc-Thorsby Home Care Program and the staff of Devon Hospital’s Nursing Station One North for their love and exceptional care provided to Larry and family during his illness.

At the family’s request, no flowers please. Donations to honour Larry’s memory may be made to the Alberta Cancer Foundation and the Devon Hospital Foundation.