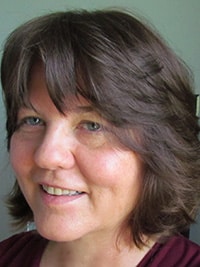 On July 7, 2019, Laurie Shannon Hoosier, born June 26, 1951, passed away peacefully with her family by her side at the age of 68, after a courageous battle with Wegener’s disease.

Laurie received her degree in Social Work from the University of Calgary in 1974 and dedicated the last 25 years of her career working in the Pediatric Diabetes Education Centre at the Stollery Children’s Hospital before her retirement in 2016.

A celebration of life will be held on Saturday, July 13, 2019, at 2:00 p.m. at Trinity Funeral Home, 10530-116 St. in Edmonton. In lieu of flowers, donations in Laurie’s name may be made to the Tertiary Palliative Care Unit 43 at the Grey Nuns Community Hospital who took exceptional care of Laurie during her final months.