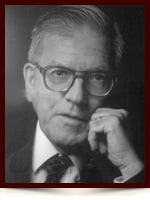 On August 26, 2010 Marciano Baptista passed away at the age of 88 years. Marciano was born on June 5, 1922 in S. Braz De Alportel, Algarve, Portugal. He immigrated to Canada in 1963 and worked for many years as a Research Chemist for City Services Athabasca later known as Syncrude where his picture remains in the companies Wall of Honour. Marciano is survived by his loving wife of 62 years, Maria Manuela, his son, Dr. Luis Baptista, his loving daughter-in-law Alexis Baptista; grandchildren: Kelly (Dan) Wyatt & Darren (Terry) Baptista; 3 great-grandchildren: Alec, Cole & Jove; his sister Berta as well as numerous nieces and nephews in Portugal, loving brother-in-law and sister-in-law Joao and Pily Valadas. He was predeceased by his brother Jose Baptista.The Family extends sincere thanks to his many friends and their gratefulness to a very special friend Placida Abrantes for being more than family.

Memorial Donations:
In lieu of flowers, memorial donations may be made directly to the Hope Mission P.O. Box 953 Edmonton, AB T5J2L8