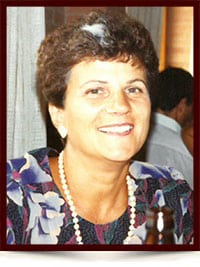 It is with heavy hearts that the family of Maria Piano announce her peaceful passing on Saturday July 23, 2016 with family by her side.

Maria’s family would like to thank Mary Jane and Venta Staff for the exceptional care and love they gave her.

To honor Maria’s memory, donations may be made directly to the Alzheimer’s Society of Alberta