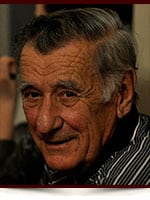 It is with heavy hearts that the family of Marshall Walter Ursulak, beloved husband, father, grandfather, brother and friend to many, announce his passing on March 28, 2014.

Marshall was born on October 29, 1936, in Willingdon, Alberta to John and Marie Ursulak.  He is survived by his mother, Marie Ursulak and his children; Randy, Murray (Cathy), Patty (Don), Barry (Sandra), Gerry (Tanis) and his grandchildren whom he adored; Dean (Janelle), Richard, James, Ben, Breanne, Brad, Hayden, Cassie, Brett, Abby, Dustin, and Candice (Mike), as well as 4 great grandchildren.  He also leaves behind his brothers; Mitchell (Darlene), Norman (Maureen) and his brother and sister in laws; Dave (Glory) Walker, Jim (Sandra) Walker, and Bonnie Walker, in addition to his many nieces and nephews, relatives and many dear friends.  Marshall was predeceased by his wife of 53 years, Marion, and his father, John.  Marshall leaves behind an everlasting legacy and will be dearly missed by everyone whom he touched.