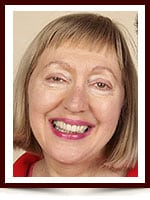 On July 26, 2015 Moira passed away peacefully at the age of 65 after a courageous battle with Primary Progressive Aphasia. Moira will be greatly missed by Leroy, her loving husband of 22 years and sisters Diana and Beverley.