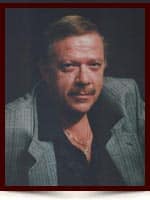 It is with great sadness that we announce the passing of Raymond (Ray) Zotzman at Grey Nuns Hospital in Edmonton Alberta at the age of 69 years.

Ray will lovingly be remembered by his sisters Ruth and Angie Brothers Adam and Vern. His children Russel,Deborah and Maureen and Grandchildren Dawson, Zoey, Abby, Rebecca, Mathew, and Izzabelle as well as numerous nieces, nephews relatives and friends.