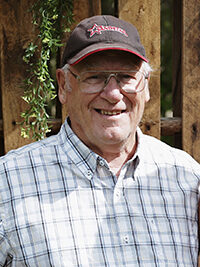 It is with heavy hearts the family of Richmond LORNE Elliott announces his passing on April 22,2021 with his loved ones by his side.

Lorne was born in Souris Manitoba in April 1941, where he grew up in a family of 6, and worked on the family farm during his younger years. At the age of 20, Lorne enlisted in the Royal Canadian Navy Reserve, where he received an Honorable discharge. Lorne moved west to Alberta and went on to achieve his Heavy-Duty Mechanical trade at SAIT in Calgary, from there he fulfilled his work life as a Mechanic and Equipment Operator until retirement. Lorne married his true love Anita in June of 1981, and together they started their family in Edmonton AB and a few years later settled out in the small hamlet of Robb to raise their three children. Lorne had many passions, snowmobiling, camping, fishing, woodworking, quadding and tinkering in his shack. He was a perfectionist, and everything had to be precise.

Since retirement Lorne’s greatest treasure was travelling with Anita and their holiday trailer to Vernon and many other beautiful places in BC. They always had their favorite stops along the way and enjoyed the company of many new RV park friends over the years. Lorne’s love for anything that had a motor turned into a hobby and talent of flying RC Helicopters, which then grew into an incredible collection. The past few years Lorne returned to one of his favorite winter past times of curling, were he spent a lot of time with friends at the local curling club. Lorne adored spending time with all his grandchildren and took a special interest in all their activities and endeavours.

Lorne will be forever missed here on earth, but his memories, kind heart, helping personality and humor will be remembered and cherished always, by his loving wife Anita, children, Christopher (Trinity), Christina (Junior), Kristan (Traci) granddaughters Jaden, Kaidance, Mackenzie, Brooklynn, Kailey, Maya and grandson Tyvran, as well as his family and many friends.

A formal service will not be held at this time. In lieu of flowers, donations may be made to the Alberta Cancer Foundation Cross Cancer Institute Edmonton, in memory of Lorne Elliott (albertacancer.ca) or call 1780-643-4400